Luke 23: 33-34
And when they came to the place that is called The Skull, there they crucified him, and the criminals, one on his right and one on his left. And Jesus said, “Father, forgive them, for they know not what they do.” And they cast lots to divide his garments.

Life, at times, seems like a game of Tetris. You work as best as you can, arranging the blocks just so — trying for the big payoff. And then, one day, it happens. The long piece you’ve been waiting for drops from the sky. You rotate, maneuver, and drop. And in an instant, four rows disappear … gone. And the tension drops with all the other stacked-too-high blocks in a euphoric, fist-pumping “YES!!!” of an adrenaline-filled moment. END_OF_DOCUMENT_TOKEN_TO_BE_REPLACED

God is our refuge and strength, a very present help in trouble.
END_OF_DOCUMENT_TOKEN_TO_BE_REPLACED

Last night was hard. And painful. As I drove away from the house to pick up my son, I flipped the radio on and immediately scanned away from the Christian radio station. Sappy, 7-11 Jesus music was the last thing I wanted to hear. I needed something hard and loud — something to give voice to my anger and frustration. … But I found nothing. END_OF_DOCUMENT_TOKEN_TO_BE_REPLACED

I recently wrote this poem, and with where I am in my life right now, it resonated. It’s a bit dark, so forgive me in advance, but it’ll make sense in a minute. END_OF_DOCUMENT_TOKEN_TO_BE_REPLACED

Oh, taste and see that the Lord is good! Blessed is the man who takes refuge in him! — Psalm 34: 8

Well, I’ve just lived through Snowzilla 2016 — over two feet of snow with snow drifts up to my eyeballs. And as I lift my cup to my nose, I close my eyes and inhale. I’m treated to the scent of coconut and pineapple. Don’t worry. The ol’ chaplain isn’t hitting the sauce; it’s an off-brand soda. But my, oh my, how it makes me long for summer. END_OF_DOCUMENT_TOKEN_TO_BE_REPLACED

On the way to Jerusalem he was passing along between Samaria and Galilee. And as he entered a village, he was met by ten lepers, who stood at a distance and lifted up their voices, saying, “Jesus, Master, have mercy on us.” When he saw them he said to them, “Go and show yourselves to the priests.” And as they went they were cleansed. Then one of them, when he saw that he was healed, turned back, praising God with a loud voice; and he fell on his face at Jesus’ feet, giving him thanks. Now he was a Samaritan. Then Jesus answered, “Were not ten cleansed? Where are the nine? Was no one found to return and give praise to God except this foreigner?” And he said to him, “Rise and go your way; your faith has made you well.”

Here we have a nice, little story of healing from Jesus. Isn’t it sweet and quick? And isn’t that what we always want when we’re hurting and looking for healing? Don’t we want a prayer, a puff of magic smoke, and an instant healing? But so often, it’s not like that at all. It’s a long, drawn-out process. And we often wonder why. END_OF_DOCUMENT_TOKEN_TO_BE_REPLACED

Wash yourselves; make yourselves clean; remove the evil of your deeds from before my eyes; cease to do evil, learn to do good; seek justice, correct oppression; bring justice to the fatherless, plead the widow’s cause, (Isaiah 1: 16-17, ESV).

Those who have never understood the phrase “righteous anger” would do well to read Isaiah 1: 1-20. The Book of Isaiah starts with a bang; God is not happy with His people. The country lies desolate before them – cities burned, towns ravaged, foreigners taking over. Matthew Henry tells us that this has the effect of awakening the people, but only partly so. “Oops! God’s angry. We’d better placate Him with sacrifices!” Only this time, it doesn’t work. END_OF_DOCUMENT_TOKEN_TO_BE_REPLACED 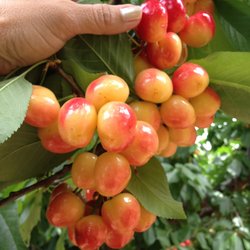 So I recently bought a new journal, a devotional journal by Dayspring. It gives you a reading of the day and a space for you to write the date that you read and responded. You get two blank pages for each reading, and by the end of the journal, you’ve read the New Testament. Pretty nifty, plus, it’s great fodder for a blog. Hence this post. END_OF_DOCUMENT_TOKEN_TO_BE_REPLACED

Every good gift and every perfect gift is from above, coming down from the Father of lights with whom there is no variation or shadow due to change. — James 1:17

Well, it finally happened. That sweet, innocent little girl, who used to hang on my every word, has hit her Sweet Sixteen. And I’m discovering what every father has had to discover, that it should, perhaps, be called [Bitter]Sweet Sixteen. END_OF_DOCUMENT_TOKEN_TO_BE_REPLACED

In those days a decree went out from Caesar Augustus that all the world should be registered. This was the first registration when Quirinius was governor of Syria. And all went to be registered, each to his own town. And Joseph also went up from Galilee, from the town of Nazareth, to Judea, to the city of David, which is called Bethlehem, because he was of the house and lineage of David, to be registered with Mary, his betrothed, who was with child. And while they were there, the time came for her to give birth. And she gave birth to her firstborn son and wrapped him in swaddling cloths and laid him in a manger, because there was no place for them in the inn. And in the same region there were shepherds out in the field, keeping watch over their flock by night. And an angel of the Lord appeared to them, and the glory of the Lord shone around them, and they were filled with great fear. And the angel said to them, “Fear not, for behold, I bring you good news of great joy that will be for all the people. For unto you is born this day in the city of David a Savior, who is Christ the Lord. And this will be a sign for you: you will find a baby wrapped in swaddling cloths and lying in a manger.” And suddenly there was with the angel a multitude of the heavenly host praising God and saying, “Glory to God in the highest, and on earth peace among those with whom he is pleased!” When the angels went away from them into heaven, the shepherds said to one another, “Let us go over to Bethlehem and see this thing that has happened, which the Lord has made known to us.” And they went with haste and found Mary and Joseph, and the baby lying in a manger. And when they saw it, they made known the saying that had been told them concerning this child. And all who heard it wondered at what the shepherds told them. But Mary treasured up all these things, pondering them in her heart. And the shepherds returned, glorifying and praising God for all they had heard and seen, as it had been told them.

But I’m getting ahead of myself. … END_OF_DOCUMENT_TOKEN_TO_BE_REPLACED